Save or Die Podcast #11: The Gold Dragon 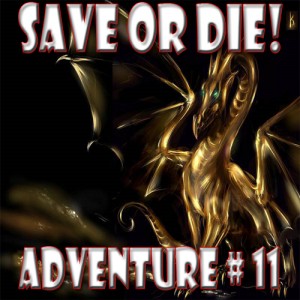 Welcome back, this week, Vince & Glen are joined by Julie Hoverson as they talk about ways to make your players spend that gold.. then draw swords against the mighty Gold Dragon! Then finish up the podcast by giving their favorite dragon magazine. Check it out! voicemail line 570-290-7283