Save or Die Podcast Adventure #23: Something and Witches 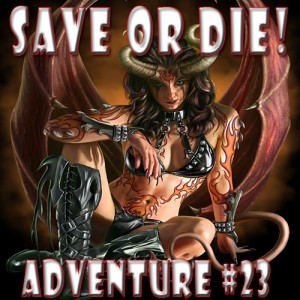 The staff this week is joined by a special DM Host, DM Cory who is part of the upcoming AD&D 2E Podcast, Thaco’s Hammer, as they chat about building worlds in your campaign, how to design spells, DEMONS and then finish up with with a review of B7: Rahasia. Saveordiepodcast(at)gmail.com

6 comments on “Save or Die Podcast Adventure #23: Something and Witches”