Save or Die Podcast Adventure # 5: Jellies!

August 30, 2010 Off By Executive Producer Vincent 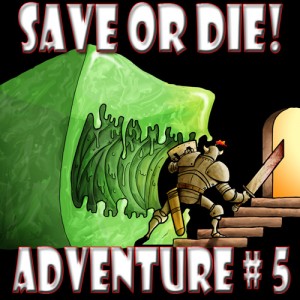 Hey folks, listen in as the crew talks about their week in gaming. Then jump into how should a DM treat “leathality” in their campaign. Randon Encounters is a big giant mess as the host go over ways you can play Jellies in  your campaign. Ending the night with a review of Blood Moon Rising! Join us on facebook.. http://facebook.com/saveordiepodcast

Please go over to iTunes and give us a 5 star review!